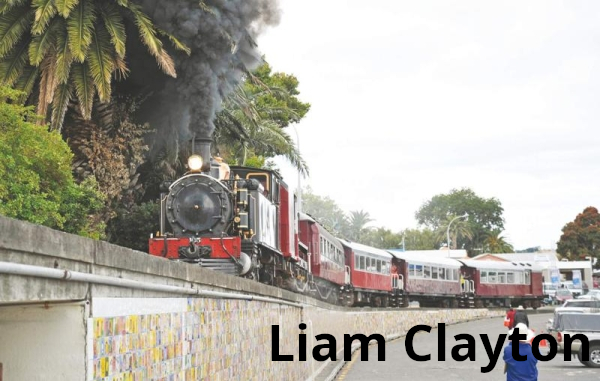 Photo: A PIECE OF HISTORY: The Gisborne City Vintage Railway Group was formed in 1985 to restore the abandoned Wa165 to its former glory. That goal was achieved in 1999. (Liam Clayton)

A Gisborne train group needs to raise $800,000 for repairs to a KiwiRail line so its fabled steam locomotive can continue its usual route.

Between October and June, the lovingly restored Wa165 runs charter and public excursions from the port area to Muriwai — a 34-kilometre round trip.

But the organisation behind the trips, Gisborne City Vintage Railway group, says repair and maintenance work needs to be completed on sections of the route.

As part of its agreement with KiwiRail for using the line, the cost for that falls on them. The maintenance needs to be undertaken to guarantee the future of the group's operation beyond the next few years, railway group president Geoff Joyce said.

“The track is safe for us to use at the moment but there comes a time when routine maintenance needs to be done.”

The railway group pays to use the line under a licence to occupy agreement made with KiwiRail in 2015.

As well as paying that fee, the group is also responsible for maintenance on the line and bridges in the sections it uses, KiwiRail executive general manager property Olivia Poulsen confirmed.

The line follows a small section of the Gisborne to Napier line which was mothballed in 2012 following storm damage.

In June, several East Coast councils banded together in hopes the Government would support a business case worth $6.38 million to reinstate the whole line.

External funding of up to $80 million would be required for the job, with significant work on the Wairoa to Gisborne section where slips have washed away large chunks of the line.

Mr Joyce reiterated the section of line used by the group was still safe to use.

“At the time that we took that (the licence to occupy) on, we were perfectly aware of the condition of the track and bridges, and we had to do some immediate remedial work so that we could operate.

“That involved replacing all the sleepers on one bridge.”

The line is also shared with Gisborne Railbike Adventure which runs cycling tours out to Beach Loop.

Business director Geoff Main said his organisation was not affected by the maintenance requirements as there was “a fair bit of difference between a railbike and a steam train”.

“We have a clause in the lease that says we can operate under special conditions because of the weight difference,” Mr Main said.

Gisborne City Vintage Railway Group made headlines last month when it was revealed a bridge it had previously used was no longer safe.

The Tūranganui River railway bridge, which is the responsibility of Eastland Group, was deemed unsafe for the Wa165 steam train following a routine structural assessment earlier in the year.

The Wa165 had previously used the bridge to access the port area for cruise ship passengers, and was now relying on a bus provided by Trust Tairāwhiti for boarding.

Mr Joyce would not say how much the group had raised so far, but said he was “hopeful” it would meet its target.