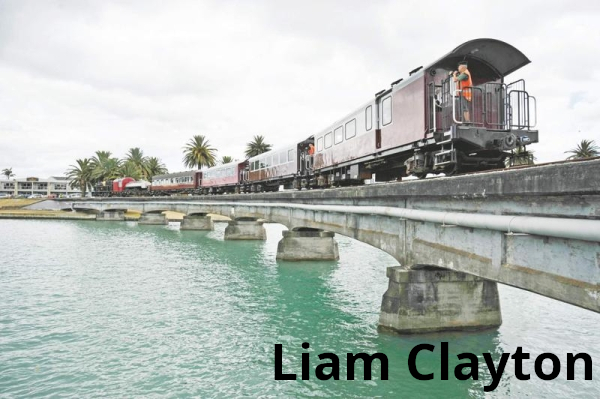 Photo: REMEDIAL WORK NEEDED: The Wa165 crossing the Turanganui River railway bridge in 2017. The bridge has recently been found to be unsafe to be used by the train, without "significant remedial work" being undertaken. (Liam Clayton)

The Gisborne rail bridge is no longer used by the city's iconic vintage steam train following a routine structural assessment, but for how long it has been unsafe remains a mystery.

Last month, it was revealed Wa165 could no longer safely cross the Tūranganui River railway bridge.

Eastland Group, who are responsible for the bridge, said it conducted an assessment earlier in the year which found the structure was unable to safely support the weight of the train and carriages without “significant remedial work”.

But asked how long it had been between structural assessments, the organisation would not say.

“An inspection of the tracks from Eastland Port to the railway station is undertaken annually and we have previously sponsored the costs of the repairs needed,” Mr Gaddum said.

“After nearly three years of no cruise ships or an opportunity for the Wa165 vintage train to cross the rail bridge, we felt it was timely to undertake a full structural assessment of the bridge.”

Eastland Group previously told Local Democracy Reporting it was working with Gisborne City Vintage Railway Group to support them through the cruise ship season, a time when Wa165 frequently conducts 34km round trips from the port area to Muriwai.

The train previously backed over the bridge to a spot near the Tatapouri Fishing club for cruise ship passengers to board, railway group president Geoff Joyce said.

Trust Tairāwhiti is funding a bus to take passengers from the cruise boat to the new starting point for the train which is near the Senator Motor Inn.

Mr Joyce said the train had not used the bridge since it had been deemed unsafe, and that the new arrangement was working well with the bus.

“The alternative arrangement that we've come up with is quite satisfactory,” he said.

The train was built in Dunedin's Hillside Workshops in 1897, before operating in the Gisborne region for 30 years from 1911.

In a book on the history of railway in the Tairāwhiti — Steaming to the Sunrise by Chris Wood — it is told that the bridge was contracted to be built in 1924 for the sum of £11,668.